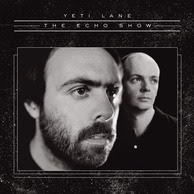 Despite the repugnant title, psych-pop’s been carving out a respectable comeback of late. Following the release of 2009’s acclaimed eponymous debut, Yeti Lane were firmly wedged into the genre’s electronically-enhanced shagpile. It’s not surprising then to find the Parisian ensemble’s follow up LP, The Echo Show, re-burrowing the vacuum of effects-entangled cosmic odysseys.

However, where its predecessor was often derailed by a tendency to over-elaborate, The Echo Show finds the duo of Ben Pleng and Charlie B rattling out potent slabs of retrograde swells, barely catching breath as they throttle through star-chasing melodies like Warning Sensations and Strange Call. Admittedly, there’s a familiar Errors-like feel to the key-twitching palpitations of Analog Wheel, but Dead Tired’s emotively charged strains prove there’s more than just one gear to this dreamy, multi-disciplined affair. Carry on like this and the psych-pop revival may prove more than just a passing fashion.