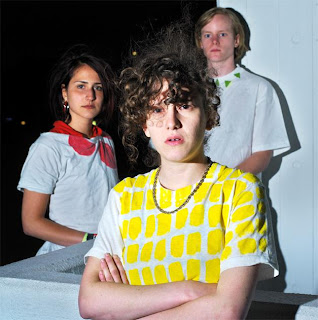 Ah shit. Well, any kind of uber-cool, hipster hating disposition this blog may previously have exuded is about to dissolve. Yep...Michachu and The Shapes are brilliant. Very brilliant, in fact. But not in the way Animal Collective are brilliant or Liars are brilliant. Nope, this is a band that’s brilliant in that sort of chart-hopping, Topshopping, student-totting way that mesmerises everyone. Ev-ery-one.

Is that a bad thing? Who knows. A small part of me vomits and stabs itself when I see the pictures of the effortlessly (but so effortfully) styled Mica Levi frolicking like a vagina-ised Pete Doherty. But then the itching, effervescent robo-disco brilliance of her debut LP Jewellery hits in and I can’t hate, I just cant. Thing is, this is an album that embraces all sonic dispositions. It kicks cans with lo-fi shufflers; wallops beats with the hippest dub cat; and shits effervescent pop like a laxative sniffing Lilly Allen.

In short, I’m bombastically confident the Matthew Herbert (yep, Matthew fucking Herbert !) produced LP will crack into your cranium with all the velocity of an engine frozen Boeing 777 (WHAT THE FUCK?!?!). Aye, I may be wrong – after all I’m someone who made a bet that Glasvegas would shift less units than Broken Records last year (i.e. I’m a Div Kid) – but this time I doubt it. So, drop your pretensions at the door and give in. You won’t be the only one.
Posted by Billy Hamilton at 18:04 5 comments: 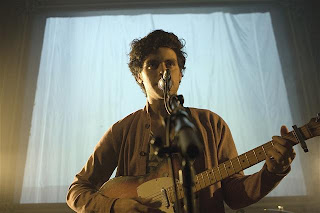 In five years time it's safe to assume Noah & The Whale won't be singing THAT song. You see, the Twickenham quartet fancy themselves as more than chart-breaching pixie-poppers and tonight they make their intentions clear with a pre-show appetiser of short films embracing both monochromatic drama and Pingu-inspired animation. An interesting concept, for sure, but sub-par art-school productions do not a serious band make.

What actually tips it N&TW’s way is the shoals of sombre, infectious melodies exuding from stage. Denser in sound than their brittle-boned debut LP suggests, Charlie Fink's tremulous blow swathes through the orchestral blizzard of Jocasta and Mary with the expertise of someone much longer in tooth. New numbers slot in like quarters to a Vegas fruit machine and although THAT closing totem is wearily treadmilled, N&TW manage to chisel into an enthralling creative avenue. Lord knows where they’ll be in half a decade.

Labels: Edinburgh, Noah And The Whale, Queen's Hall, The Skinny

Whatever happened to... Morgan? 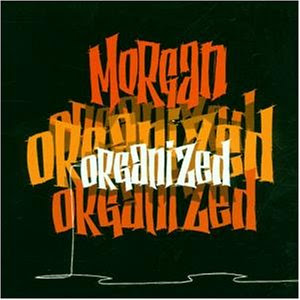 I loved Morgan. Well, more specifically, I loved Morgan’s Y2K-released debut record Organized. Back then, at the turn of the millennium, I was an undergraduate student perplexed by the beats of Freddy Fresh, the brutality of Wu Tang and the linguistic cuteness of the Kinks. Music felt like a jamboree; a pick ‘n’ mix of sonics that fitted into my not so fitting Mini-disc player when I made those infrequent ventures to campus between the sweat-beaded throb of clubland. It wasn’t that I didn’t know music, it’s that I wanted to know too much; I had to consume every chord, every melody, every sound that ever existed. Ah... to be young, foolish and ambitious.

All in all, I was a bit of a confused monkey in my fledgling years but Morgan Nicholls – he of Senseless Things fame – changed that. Organized was a rainbow-bright swash of all that intrigued me. It took the summer-time pop sloping of the Beach Boys and beaded it together with slithers of Hip-Hop, Soul, Funk, Electro, Synth-tronica and – Christ – even kiddy pop. I can still hear the heavenly chords of opener Flying High that swooshed deliciously through my lugs and into that piece of grey matter that incited the fluttering of a thousand butterfly wings in my malnourished belly. The irrepressible Miss Parker and Fistful of Love were equally magnificent, each blessed with swathes of schoolyard samples and ice-pop melodics. Sure they were flawed, but that was the appeal: who wants prolonged perfection when you can have a few scorching moments of brilliance that’ll remain forever in the mind?

So aye, Organized was my album of a long, arduous summer spent in the belly of the Fringe but, sadly, Morgan Nicholls never followed it up. So where’d he go? Oddly, he’s moved on to bigger and better things: he hooked up with Gorillaz, spent time kicking rhymes with Mike Skinner and The Streets and, perhaps most bizarrely, now play keys for gargantuan, shit-shifting decibel merchants Muse. All well and good, I guess, but it’s disappointing to discover that someone who played such a big part in a rather important window of my life now scurries in the shadows of those I despise. It’s funny how things turn out.
Posted by Billy Hamilton at 20:16 No comments: 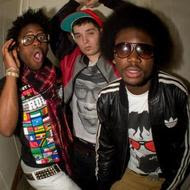 Edinburgh and Hip-Hop are a little like skinny jeans at Christmas: try as you might, they never seem to fit. But cutting loose from the city's underground with a hype-driven furore normally reserved for West Coast (that's Glasgow, not LA) art-poppers is indelible beat-smiths Young Fathers. Already on the radar of Skins-ogling miscreants, the Auld Reekie ensemble annexes hip-shooting rhymes with skirt-lifting samples that bunny-hop to an 80s flavoured beatbox. By running the gamut of fresh and used, the MC ensemble of Ally Massaquoi, Graham Hastings and Kayus Bankole engulf the ears in a manner The Cool Kids could only dream of. Recent download single 'Straight Back On It' is a prime example of their pliable sonics; sliding up to the floor with the ethereal zing of flower-wielding era De La Soul before exploding into a luminous disco twirl of breaks and brass. Both funny and overtly verbose in delivery (check the brilliant Mr. T inspired diss on the elasticised 'Superpop'), the effervescent triad have slipped away from major label clutches, preferring to stick to their roots by releasing forthcoming long-player Inconceivable Child ... Conceived through Leith-based label Black Sugar. Exhilarating home-boys, you might say; Young Fathers are so tight it hurts.

Posted by Billy Hamilton at 17:54 No comments: 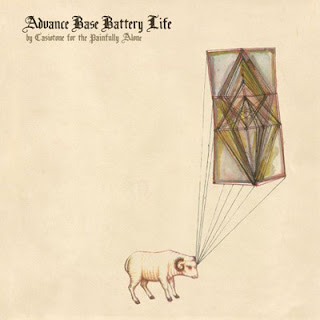 It’s difficult not to sympathise with Owen Asbury. Instead of striding, he shuffles; instead of triumphing, he fails; and instead of letting it all go, he bludgeons his confidence with self-doubt and loathing. Yet, when love’s vacuous jaws have gnarled on the heart and spat it out like a compassionless beast, Ashbury’s maudlin trinkets transform as a back-patting sanctuary for the abandoned. Suddenly, this is a man who knows exactly how you feel - a Casiotone for the Painfully Alone [CFTPA], if you will.

But any tortured romantic eagerly anticipating the return of Ashbury and his lovelorn laments is about to be sorely disappointed. His latest LP Advanced Base Battery Life is no spanking new CFTPA release. Rather, it’s a languid assortment of rehashed singles, re-traipsed B-sides and oddly re-jigged Springsteen classics. Nae quite an album for soothing broken souls, then; more a record label’s stroll down memory lane.

The problem with memories is they’re often better left to the past. Dressing up the wonderful ‘Lesley Gore On the T.A.M.I Show’ with a constellation of synth and Jenny Herbinson’s cottoned tones may varnish the familiar, but drop in a frayed entanglement of collector only demos and the record diminishes as a wallet opening compendium. Sure, scratchy renditions of The Boss’s ‘Born In The USA’ and ‘Streets Of Philadelphia’ meddle gamefully alongside a fuzz-drenched [Paul Simon's] ‘Graceland’, yet when pitted against ‘Holly Hobby’’s chime riddled splendour they toil as underdeveloped bedroom jams.

Admittedly, moments of wonderment can be slurped from this well of dissatisfaction: a creaky acoustic melody and crackled vocal trickle like tear droplets down the beatific ‘It’s A Crime’, and the gyrating R&B rhythm of Missy Elliot’s ‘Hot Boyz’ is smothered in Ashbury’s gleefully sardonic rumbling and the lascivious purr of Katy Davidson [Dear Nora]. While ‘White Corrolla‘’s twinkling keys and shoulder slooped mew resonate with a crispness that stretches beyond the original’s scuffled timidity and into a sparkling, cherry-popped glitter of melody

But gleaming parts are few in a sum that equates to just another shoddily contrived dust-racking compilation. Essentially, Advance Base Battery Life is a record that offers little to seasoned CFTPAers and even less to those of unaccustomed lugs. The solitude of narration that seizes Ashbury’s full-length recordings has been reduced to a cluster of underwhelming off-cuts that lack direction or purpose. And that’s a crying shame because, really, this is a man who’s capable of so much more.

Sympathy, once again.
Posted by Billy Hamilton at 17:55 No comments: