We've been in Florida for five days now and I've still not got a tan. Don't get me wrong, it's insanely hot. So hot that on some days I've been the proud bearer of a bizarre, and fairly vast, sweat triangle on the back of my shirt - something which was caused by just purely sitting around. It's safe to say Scotsmen are not really built for such a climate.

But, as I was bemoaning, a tan has thus far eluded me. Basically, it's been pretty cloudy when we've been outside, which has more to do with it being impossible to be outside in the beating glare of the Florida sun, rather than the weather being no good. My freckles are coming out though and I'm fairly confident if they continue spreading at this rate I won't need a tan - I'll be one giant freckle from head to toe. 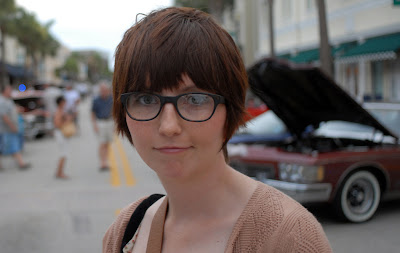 On our first Friday night in Fort Pierce we ventured downtown. There we saw an outdoor car show, which contained the most incredible old-school cars. Usually, in the UK, we'd refer to them as bangers, but there was nothing banging about the cars on display where we were. These were massive redneck mobiles; gigantic of engine and wheel diameter. I loved the fact the the guys showing off these gas guzzling monstrosities were chugging on beer after beer. It may not have been particularly wise, given the USA's fairly high road traffic fatality record, but it seemed particularly apt. 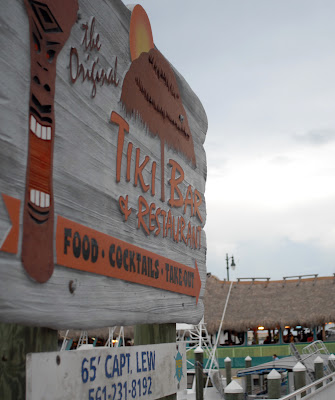 The Tikki Bar is one of Su's mum's favourite places to eat. It's down by the water and, predictably, has a really relaxed atmosphere, with some fairly tasty grub to boot. There was some dodgy hillbilly rock 'n' roll happening the night we turned up - which offered the added fun factor of the Buddy Holly-alike front man making eyes at Su - but it was the food we were after. I got my first taste of grouper - my favourite fish - since the last time we were there, which is always a meaty treat, while Su devoured a plateful of shrimp. The fish in the states is really remarkable, as is their fruit. Sometimes I really don't understand how the country can be so overweight with options like that. 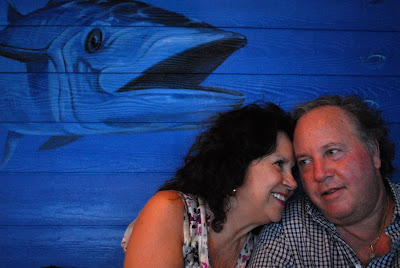 Su's mum, Jael, and her partner Gregg are our hosts for the time we're in Fort Pierce. Their home is this idyllic little Florida bungalow-style pad to the South of the town. They've got a gargantuan back garden where you can usually pick your own fruit, but at the moment there's a drought which hasn't been great for the crops (although, I'm not convinced it's much of a drought, there's been an intense amount of rain here since we arrived). It's an incredibly relaxed place to be, as you can see. 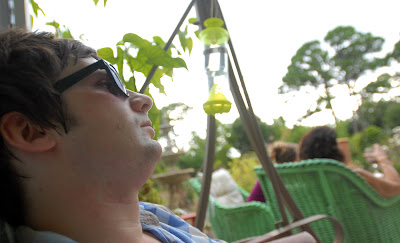 Yesterday we 'hit' (Americans don't 'go to' somewhere, they 'hit' it) the Digital Domain baseball park, where the local team St Lucie Mets were playing the Bradenton Marauders. Now, I was led to believe the Mets were a fairly decent Minor League team - last week they picked up the 2011 South Florida Championship - but given the humping the Marauders handed out to them on Sunday I'm guessing they've gone on an early vacation. 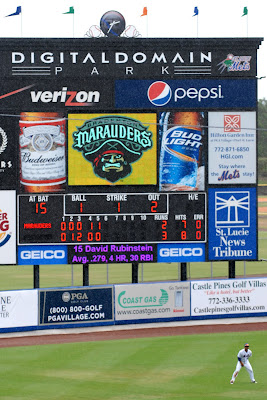 As much as I enjoyed the game (which was well-aided by the $1 tickets, beers and hot dogs), it did feel a little flat, atmosphere-wise. The tribalism that's imbued within British sport (football in particular) was non-existent. Instead, it felt like a family occasion, with an array of mid-match entertainment (including hot dog sling shots) aimed at geeing up the attention spans of the young kids around us. For some, that probably sounds like a great day out - which it was - but it did lack the adrenaline of a testosterone/Tennents fueled fitba match on a dreich day in Scotland. But, hey, there were foam fingers to keep me amused! 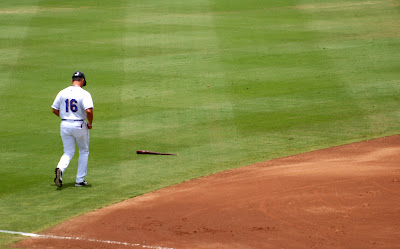 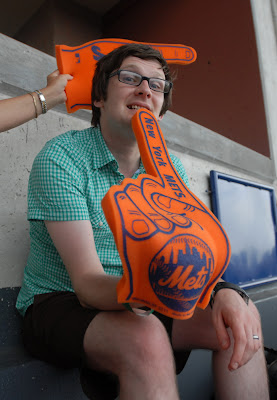 Still to come I've got a trip to Miami, an airboat ride in the Everglades and the star-spangled banner flying, meat-munching festivity that is 4 July. No doubt I'll have some decentish tales to tell after those.
Posted by Billy at 16:34 No comments: