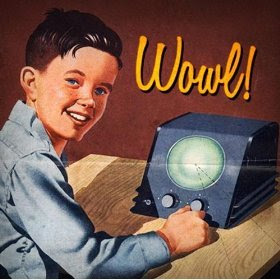 German synth-rockers Wowl!’s ‘Three Hits’ EP is an anomaly. Opening number The Black Ark cuts a dark, brooding figure that throbs to the pound of jagged electronica before bizarrely subsiding into a whistle-infused flash of feral pop. Continuing this trend of peculiarity, Bulbassador’s inane chiming is Dic and Dom electro – all smiles and japes but quickly pointless . Closing number The Hand’s repetitive guitar fuzz finally maintains a sense of consistency and, for that, it’s the most enterprising moment here. A rollercoaster ride of varying quality, Wowl!’s anomalous ways could be as much their downfall as it is their USP.

First published here
Posted by Billy Hamilton at 10:06 No comments:

SINGLRE REVIEW: I WAS A KING - Norman Bleik 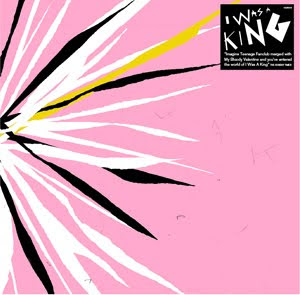 Let’s cut to the chase, I Was a King want to be Teenage Fanclub. In fact, so much does the Norwegien ensemble yearn to slip inside the Glaswegian luminaries’ skin they’ve entitled their new single Norman Bleik. It goes almost without saying, then, that this is three of the most fraudulent minutes of music you’re likely to hear all year. From the sunny twang of country guitar to the melancholic pop undertones, Norman Bleik is a shameless counterfeit that’s as lame as it is phony. With any luck, it won’t just be the Fannies who benefit from a restraining order.
Posted by Billy Hamilton at 10:03 No comments:

Labels: I Was a King 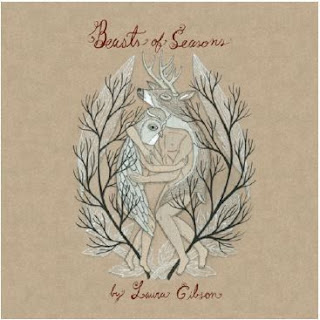 Once the first note drifts past her lips, you know Laura Gibson’s got a problem. But, for once, it’s not those dreary tales of love that so often burdens singer-songwriters. No, Gibson’s torment is much more constricting. Y’see, the Portland-based songstress sounds like every other female cooer furrowing out an alt-folk pathway, suggesting she’s set for open-mic obscurity. Which is a real pity, because her fourth studio album Beasts of Season is a delicate, sometimes breathtaking, gasp of reflective paean and instrumentation. Standout number Spirited crashes in like waves against a shoreline; the wilful congregation of string and percussion leading a charge for Gibson’s pressing mew. Gloomier of tone, Funeral Song and Sleeper’s brass-parp weeping are devine, tear-duct moistening moments. Yet for all its organic charms, this is a record destined to skim the ears as late night silence-filler. And that, no matter how Gibson weaves it, is definitely a problem.
Posted by Billy Hamilton at 09:56 No comments: