What I've been listening to this month: March

March has come and gone – and what a ridiculously cold month it has been. Seriously, this is the kind of weather that makes Su and I reconsider this living in the UK option. Sometime soon spring is gonna come, right?

This month has been slightly less intense on the writing front, with UtR going to print and only a few notable releases that I fancied penning words on for Drowned In Sound. We have, however, booked tickets for Field Day at the end of May, so a lot of listening has gravitated around figuring out who we’re going to see that we're not so sure about (which is one of the things I love about festivals the most, if I'm honest).

Solange – aka Beyonce’s sister – is near the top of my list (much to Su’s disdain), as I’m finding her brand of bubble-gum pop played with subtle intricacy quite difficult to resist. I’m also looking forward to finally getting round to seeing Animal Collective, and checking out Daughter – who’ve made one of the albums of the year in my opinion.

I’ve been pleasantly surprised by the John Grant record and oddly impressed with the Cold War Kids new track, despite my initial hesitation. Also somehow Cat Power’s Manhattan has managed to wangle its way on to my list, thanks mainly to the number of times it’s played on BB6 Music. You'll note the abomination that is Hurts is nowhere near this list - there's a reason for that.

Roll on summer, or at least a slightly more hospitable April. 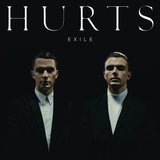 When Thom Yorke wailed “ambition makes you look pretty ugly” back in 1997 you suspect Adam Anderson and Theo Hutchcraft were not taking notes. Bedecked in razor-sharp suits and sporting cheekbones with angles a mountaineer would struggle to overcome, the core components of Hurts – a Manchester-based synthpop pairing with a predilection for grandiose musical symbolism – place stiff emphasis on delivering the aesthetic of aspiration. Ugly is one thing they are not.

What they are depends on where you stand on darkly-veiled, sky scraping pop tunes. For some, their debut longplayer, 2010’s Happiness, was ablaze with stylish (of course) slabs of austere melodies and rousing, neck hair-quivering choruses. Others were not so complimentary. To the naysayers, it was Eighties pastiche carried out by a pair of Bros lookalikes in awe of the New Romantics, but unable to conjure up the substance required to carry it off.

Exile will do little to change mindsets on either side of this divide. These 12 cuts are essentially a souped-up extension of their predecessors. If Apple’s marketing department had got its hands on it, they’d probably have stuck an extra ‘S’ on the end of Happiness and accentuated the subtle tweaks that allows existing consumer products to be repackaged as a game changer. Something Exile ain't.

Instead, this is an album that maintains the joyless musical brand Hutchcraft and Anderson crystallised with their two million (TWO MILLION) selling debut. The totemic choruses that light up the clichéd-ridden melancholy of ‘Cupid’ are all in check; while the effete boy band styling of tracks like ‘Mercy” and the abysmal 'Somebody To Die For' continue to be cloaked with industrial synths and metallic guitar lines that suggest there’s something more macabre, more intriguing at work here. There isn’t.

What there is, is a lot of volume. At times it’s a flat track bully, overwhelming the listener with towering stacks of percussion and synthesizers, with the occasional smattering of brass, piano or a gospel choir thrown in to mix it up a little. Yet this hit ‘em hard approach rarely works. The dark disco beat of ‘Only You’ belts out like an Enrique Iglesias-inspired Eurovision entry, while ‘Mercy’s orchestral writhes and ominous trumpet parps congregate as an anti-climatic swell bereft of hook or belief.

This lack of conviction is an ever-occurring issue. Each hackneyed narrative is more likely to have been crafted through a random Emo lyric generator than Hutchcraft’s black and broken heart. The elegant and atmospherically charged ‘The Crow’, for instance, is permanently scarred by his croaky cries of “Cold heart, warm gun, a dying sun”, and ‘Somebody To Die For’s talk of letting “the Devil know I was brave enough to die” could make even the moodiest, most mascara-caked 14 year-old baulk.

But given its creators, it’s hardly surprising to find Exile lacking in depth. Substance isn’t a ballpark Anderson and Hutchcraft have any intention of playing in. These big, slick slabs of black ice pop will wallpaper every tear-jerking vampire flick or poignant sporting moment that matters over the next two years. And once its teat has been milked, they’ll do it again. And again. Because for a band like Hurts ambition isn’t ugly - it’s profitable.

Album review: Daughter - If You Leave 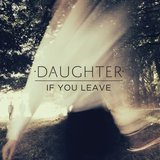 Despite its many virtues, the digital era has had a fairly negative impact on the western world’s attention span. Thanks to back catalogue-swallowing jukeboxes like Spotify and Soundcloud, shifting focus from track to track, album to album or artist to artist has never been easier. In this age of eternal distraction, rarely does a collection of songs come together to ferment in the ear canals for longer than a few spins. When it does, it’s usually something special. Something like If You Leave.

Based around ten beautifully crafted cuts, Daughter’s debut longplayer is an engrossing and deeply moving affair. But this mesmerising listening isn't purely based on the sounds it makes; it’s just as much about the ones it doesn't. By exploring and executing periods of momentary silence, Daughter create a series of tragic atmospheres - amplified by Elena Tonra’s bloodied and sensuous crow – that ranks amongst the year’s saddest and most desperate sounds. For a record crafted by just three sets of hands, it’s an expansive and, at times, strangling experience.

Initially thread bare, ‘Lifeforms’ open up like a butterfly, wafting great swarms of melody that sound huge and hopeless in equal proportion. This despondent air seeps through the misery-strewn ‘Youth’, where Tonra opines: “And if you’re still bleeding you’re the lucky ones, because most of our feelings, they are dead and they are gone”.

Such psalms are steeped in isolation and emptiness, but they’re guided deftly with a thrilling sense of drama. Album opener ‘Winter’ sets off on a slow barge of melancholic chords and Tonra’s sweet vocal glide, before leaping in to a post-rock thrum led by brutal, jarring percussion. The suffocating ‘Touch’ sketches similar motifs with its dank, echoing chamber of drum machine and overbearing guitar, conveying coyness and savagery as one unified whole.

Across these ten cuts, Tonra’s presence is hard to ignore. Her vocal wears the after effect of toxic romances and each monochromatic arrangement provides a platform from which to bear her scars. ‘Smother’s thick, cathedral synths and gentle guitar amplify the ache in her weeping tones, while ‘Tomorrow’ harvests a barren landscape for her mournful lament. Likewise, the thud of distant drum that spines the magnificent ‘Still’ enables her sharp staccato bursts to hit a mark lying between apoplectic rage and heartbroken despondency.

With its quilting, cloud-bursting acoustics, album swansong ’Shallows’ eventually wipes away the misery like the rising of an early morning sun. After being dragged through the emotional wringer for almost an hour, it’s a moment to cherish. Because an album as beautifully conceived as If You Leave is one you follow from start to finish, riveted by the story it weaves and the emotion it bleeds. And in these digital days that feels like a remarkable achievement. 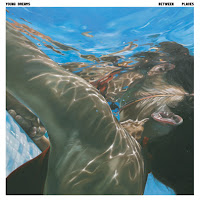 As a term of musical reference, symphonic pop feels faintly oxymoronic. Pop in its most instinctive form is not meant for grand statements; it's short, stabbing, and to the point. Overblown orchestration shouldn't really come into it.


Yet a closer inspection of the last 50 years shows the collision of symphony and pop works. The Beach Boys were, of course, kings of the craft. In the last decade, Panda Bear, Arcade Fire, and Grizzly Bear have all, to some extent, taken up the mantle, producing huge, ear-filling arrangements imbued with a distinctly poppy edge.
It's remarkably easy, then, to imagine Young Dreams mingling freely amidst this roll call of acts. The Norwegian collective's debut long player, Between Places, is possibly more symphonic than it is pop. Each track is ambitious and meticulously honed, gravitating around woozy melodies that lilt like palm trees in a West Coast breeze.
On a surface level, it's an incredibly easy and rewarding listen. "First Days of Something" is a doe-eyed,Graceland-infected earworm that swells into a summer-pop cacophony. Album closer "Young Dreams" touches on dreamy acoustics before revealing its harmonious swoon, peaking on hope-filled declarations of "We'll live forever."
Such simplicity, however, disguises the architectural craft behind this record. "Footprints," the buoyant album opener, is an entanglement of thumping percussion and seismic brass parps. "Fog of War" is just as beguiling, drifting in with Matias Tellez's drum-backed a cappella before its combination of keys and violins creates a dazzling, cloud-floating daze.
While Animal Collective comparisons will probably never be too far away, Young Dreams tend to stick to more accessible textures-even during 11-minute beach-combing opus "The Girl That Taught Me to Drink and Fight." Oxymoronic it may be, but symphonic pop doesn't come much more natural or sweeping than this.
First published here for Under the Radar

Labels: Album review, Between Places, Under the Radar, Young Dreams Clocking in at almost 50 minutes, The New Life is a long-form evolution for Girls Names. The band's 2011 debut Dead to Me was filled with staccato bursts of '80s indie pop clangs, thrashed out with the sort of breathless urgency that suggested the Belfast trio-since upgraded to a quartet-had its eyes on something much more substantial. Turns out it did: the follow-up.
In almost every way, The New Life fills out the adolescent bones of its predecessor. Traces of the wide-eyed Orange Juice-styled jangling still make a cameo in these 10 tracks, but this is a darker, more groove-orientated affair, led by insidious basslines that snake between the chasmal chimes of "A Second Skin" and "Hypnotic Regression."
Thematically, it's a record that revolves around solitude and this maudlin sense of confinement lurks in every nook: "Drawing Lines" is driven by a noose-tight guitar line that leads the charging melody; the up-tempo prang of "The Olympia" belies frontman Cathal Cully's spectral yearns; and the colossal title track is a seven-minute whirl of romantic melancholy bathed in chasmal reverb.
For anyone who's witnessed Girls Names live, none of this will surprise. The record's rhythmic nuance and towering structures represents a natural next step for a band that's worked hard to revise its sonic palette since its debut. It may lack the sun-drenched thrill of Dead to Me, but that was never the intention. The New Life is a fully-formed long player that yields rewards over time, not just 50 minutes.
First published here for Under the Radar