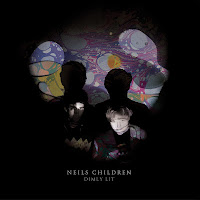 What a difference a decade makes. Ten years ago Neils Children were a raging ball of angular, gnarling proto-punk that took aim at superficiality and rampant consumerism. Even today, their debut EP Change/Return/Success remains an astonishingly ferocious collection of anti-societal matter. Yet fast forward to 2013 and that edge is gone. Long gone.

Album number three, Dimly Lit, represents a disappointing calming of the soul for the London ensemble; a sad realisation that youth has passed and ageing is inevitable. The strangulating guitars have vanished, replaced by woozy, carousel dreamscapes like “Never Could be Any Other Way”; while seething hostility has been superseded by humdrum 60s psychedelia like “Trust You” and the lamentable “Warm Wave”.

We've seen this all before, of course. But the Horrors’ accession into shoegaze was always a natural next step. Sadly, Neils Children are much less durable. Their day and decade appears to be done.
Posted by Billy at 20:16 No comments:

Man Man are nothing if not adventurous. Over the course of their ten year career the Philadelphia-based beat-freaks have proved little extends beyond their musical reach, consistently producing records which underline the quintet’s frenetic experimental tendencies, while displaying an impressive insight into matters of the soul.

For album number five, Ryan Kattner (also known as Honus Honus, Man Man’s piano-tinkling frontman) has reinstated the melancholic undertones that permeated 2010’s Life Fantastic. But, musically, On Oni Pond has a greater energy than its predecessor, focusing more on the possibilities of life than the final flag of death.

What ensues is a record awash with eclecticism. Tonally, it covers an extraordinary distance across the space of 13 tracks: from the brass-swelling bar brawl of “Loot My Body”, to the angular funk guitars of “Pyramids” and onwards to the bare bone declaration of “Deep Cover”.

At all times, Kattner’s gravelled croon leads the sonic concoction. His deep, gut-churning grunt rumbles through moribund haze of “Head On” with Tom Waits-like wisdom, while his sneering parables transcend the funk-stained guitars of “Paul’s Grotesque” into a lecherous slab of choleric psych-rock.

As aurally impressive and immaculately produced as you’d expect, these 45 minutes do much to surmise Man Man’s career to date. Sure, it treads little new ground, but this is a band that’s done more than enough boundary pushing in its lifetime to earn a little slack. Sometimes, even the most adventurous souls need to take it a little easy.
Posted by Billy at 20:13 No comments: 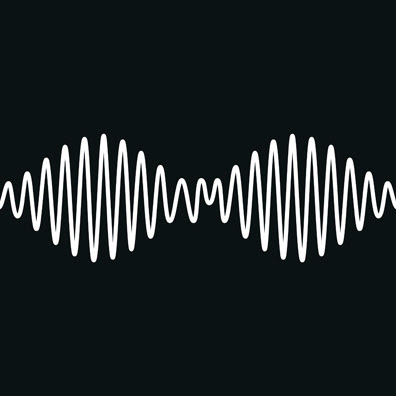 Arctic Monkeys have come a long way since their debut LP Whatever People Say I Am, That's What I'm Not dropped. Back in 2006 they were four fresh-faced Sheffield kids dousing snappy, colloquial couplets over irresistible hooks.  Fast forward seven years and the Alex Turner-led ensemble has opened the Olympic Games, sold bucket-loads of records across the globe, and been restyled as quiff-sporting teddy boys straight from a GQ cover shoot.

Despite the fame, you wouldn't accuse the Monkeys of selling out. Even though he calls L.A. home these days, Turner continues to narrate yarns of everyday life with his sardonic steelworker drawl, while the band's rocket-fuelled rock remains intact, albeit beefed up like a weight-lifting gym addict with a steroid problem.

Album number five, AM, will continue this escalation into stadium-filling behemoths. Calling on support from the likes Josh Homme, Bill Ryder-Jones, and punk-poet John Cooper Clarke, the Monkeys have pulled off their most technically adroit and controlled recording of their career. Whether that's a good thing for longstanding fans is another matter.

In truth, AM is as sexy as Arctic Monkeys have ever been. Stacked with falsetto harmonies and moody atmospherics, "One For the Road" and "Fireside" are all intense eyes and smoky pickup lines; the closing swoon "I Wanna Be Yours" has Turner cooing "I want to be your vacuum cleaner" with soppy affection; and "No 1 Party Anthem" is as earnest and love struck as an Elton John piano ballad. T

he clang of lead single "Do I Wanna Know?" and "R U Mine?" are about as close as it gets to the riotous rides of old. But it's impossible to compare today's Arctic Monkeys with its original incarnation. That was a band hungry for success. This one is starting to get a bit bloated.

First published here for Under the Radar
Posted by Billy at 20:09 No comments: